London Bureau Communications is proud to work with upcoming star, Andyva. Sexclusive is his debut single.

To watch and listen to Andyva’s (s)exclusive video, click here.

Below will you will the find the first piece ever written about Sexclusive, and the thrilling young man who sings (and dances to) it: 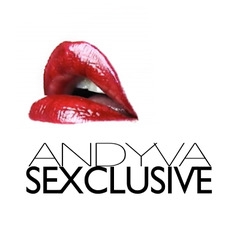 Sexclusive screams temptation and seduction. This new pop song captures the very heart of today’s fast-paced, Internet-based dating rituals. Andyva sees supposedly committed people swing from one to another. What happened to exclusivity, he wondered, especially between the sheets? And so Sexclusive was produced; an original response to our Tinder- and Grindr hungry generation. If we can’t be ‘sexclusive’, then what’s left of our amorous values? 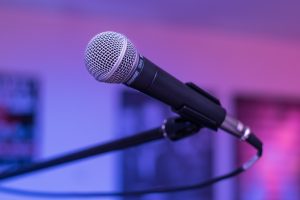 The start of the song is magnificent; a true explosion of sounds. Music showers you like a waterfall. You’ll feel like you’ve walked into your own film; you’re famous, you’re sexy, you’re wonderful.

Andyva sings his song with confidence. His voice is charming and suave. “If only,” you’ll hear yourself thinking, “there were more lovers like him.” Those who value you so much, they want you all to themselves. This makes the song wildly romantic; ‘sexclusivity’ to pine for.

Sexclusive is catchy too. It makes it the ideal song for parties, after-work drinks, or to sing and swing along to on the radio. Are you in for a divine treat? Then put away your chocolate and chips. Sexclusive is as easy on the ear as Andyva is on the eye.

Now that Andyva and his Sexclusive have been released into our international media stream, it will be impossible to forget his dazzlingly handsome face. 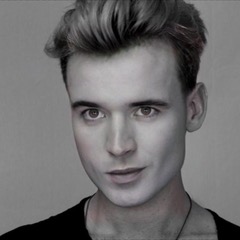 Andyva – our male diva – is a star in the making. He’s got all the ingredients to rise to stardom on a golden escalator. He’s pretty, he’s sassy, and he can sing. He grew up in ‘t Gooi, an alluring area people refer to as Amsterdam’s back garden, and known for its (s)exclusivity. While building an impressive portfolio in the world of media, assisting and producing behind the scenes, Andyva briefly flirted with finance. This only made him see his heart was not in mortgages; his passion was music. Singing it, producing it.

Magical moments still happen; Andyva’s voice was discovered when he was singing in a bar, and he was told his voice bore a remarkable resemblance to George Michael’s. Lots of hard work later, none other than John Douglas – George Michael’s former producer – kindly gave Andyva some useful suggestions, as he was enthusiastic about Sexclusive. With these insider tips, along with the help of Dutch music producer Bart Delissen, Andyva has done splendidly well producing his first song, Sexclusive. Already, international artists are lining up to work with him.

Sexclusive is a fact, ladies and gentlemen. A song – and a term- that the world cannot do without. It might just soon be up there, along with the other classics. 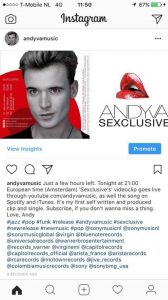 Sexclusive is available worldwide in these online stores: